Comic updates are once every 2 weeks on Tuesdays until further notice. 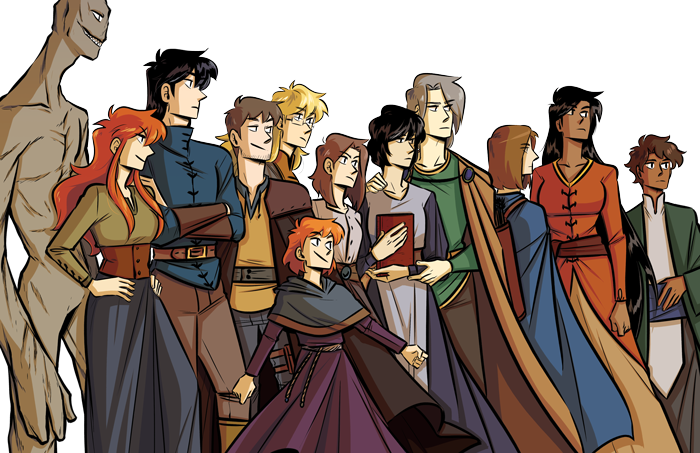 "A grudge as old as mankind.

This road, once traveled, can never be undone.

Between damnation and salvation,

you find the truth hidden by god,

I'm currently drawing 2 Middle Grade Graphic Novels for the new series "I Witnessed"! The first being The Lizzie Borden Story (2024) and then The Great Train Robbery (2025)! Read about the announcement here~

So there's some good news/bad news. Bad news, all my webcomic updates will be slowing down significantly during this time period. Good news, I'll still be working on them and you can expect consistent updates! So here's a breakdown of the schedule:

Thank you so much for your continued support!!

My name's Crystal Jayme (aka Scotty) and I love comics!  If I'm not making comics, I'm either reading them or talking about them.  It's a sick cycle of nothing but comics!

Check out my other two comics also on Hiveworks: Hazy London and Freakshow